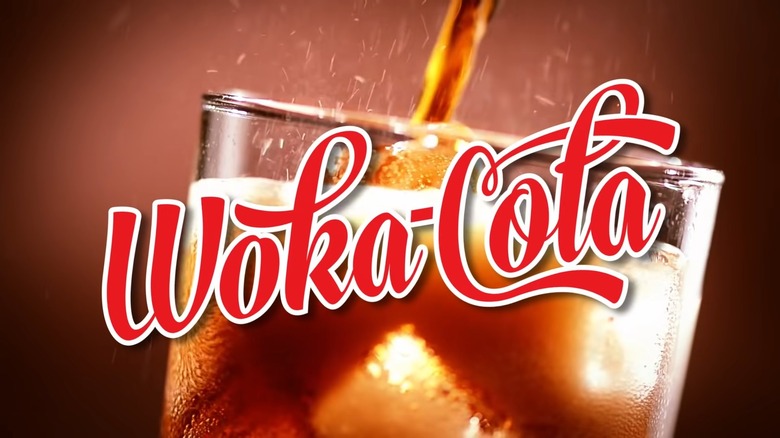 An amalgamation of CPAC’s relentless rebranding of leftist buzzwords, and the GOP’s new found hatred of corporate intervention, the aptly named “Always Woka-Cola” advertisement is cringeworthy and hilarious. Please watch the ad here before continuing to read.

The promotional piece made its CPAC debut at this year’s gathering in Orlando Florida, just hours before Donald Trump took the mainstage. Produced by “Consumers’ Research” and released on YouTube in July 2021, the advertisement features a female lead singer accompanied by an upbeat guitar melody. The soothing and melodic tones of the intro to the advertisement provide a stark contrast to the messaging of the ad, as the singer proclaims “just drink Coke, the road to obesity.” One of the few valid points in the ad, “Always Woka-Cola,” admonishes the cola beverage itself, noting the link between soda and negative health outcomes.

However, it is important to note that during the height of Trump’s presidency, the messaging was different. The commander-in-chief’s alleged 12-Diet-Coke-a-day habit was construed as unproblematic. Underpinned by former presidential doctor Ronny Jackson’s physical assessment of president number 45. This is far from the only discrepancy with the “Always Woka-Cola” messaging.

The advertisement as a whole makes myriad claims but seems to rest on the basic assumption that big business has no role in enacting social change or promoting political agendas. The advertisement makes no note of conservative support of Coca Cola just months prior to the ad’s release in 2021, when Black Christian groups in Georgia called for a boycott of the company’s products in response to its endorsement of a GOP-authored bill that would allegedly restrict voting rights. It also contains no mention of various campaign contributions that conservatives have historically accepted over the years from big businesses or the GOP’s habit of slashing corporate tax rates.

The advertisement instead focuses on small tidbits of information, blowing them out of proportion and failing to cite facts in their entirety. During the beginning of the ad the Coca-Cola polar bear is positioned next to a quote saying “be less white” which the ad claims was sourced from a 2021 New York Post Article. Well I found that article (linked here) and although the phrase “be less white” does appear, the creators of this advertisement purposefully misconstrued the meaning. The NY Post article references internal training documents distributed by Coca-Cola to their employees in the wake of the murder of George Floyd, addressing race and bias in the workplace. The handout reads “to be less white is to be less oppressive, less arrogant, less certain, less defensive, less ignorant, more humble, listen, behave, break with apathy, break with white solidarity.” Although this list was formally titled “to be less white” another suitable title would have been, “how to not be a racist,” or even better, “how to act like an adult.” This advice however seems lost on Consumers’ Research as well as the members of the GOP.

Another claim in the ad is that Coke sells drinks “as bad as smoke” which is stated alongside imagery of an individual smoking a cigarette. The sourcing is admittedly better here, with the studies presented by the video making a pretty good case why someone should avoid drinking soda at all costs. However what the video doesn’t tell you is that the GOP is actually totally cool with receiving millions of dollars from the tobacco industry and giving them a voice in government. According to an article published by The Guardian, “day one of Donald Trump’s presidency started with tobacco donations, senior figures have (had) been put in place within the Trump administration who have (had) deep ties to tobacco.” In reality the GOP doesn’t care if you get cancer, as long as it is caused by a product that is sold by a financially friendly entity.

day one of Donald Trump’s presidency started with tobacco donations, senior figures have (had) been put in place within the Trump administration who have (had) deep ties to tobacco”

Long story short, I invite you to watch the ad for yourself and form your own opinions and judgements about its content. Please do your own research. However, this article should serve as a cautionary tale, and, if nothing else, you should have two key takeaways: 1) Never accept facts at face value, even if they appear to have legitimate sources, and 2) The information you are given is just as important as the information that you are denied. 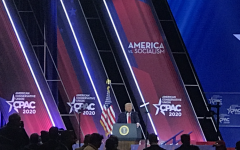 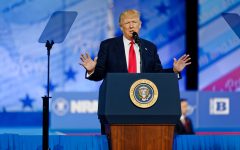