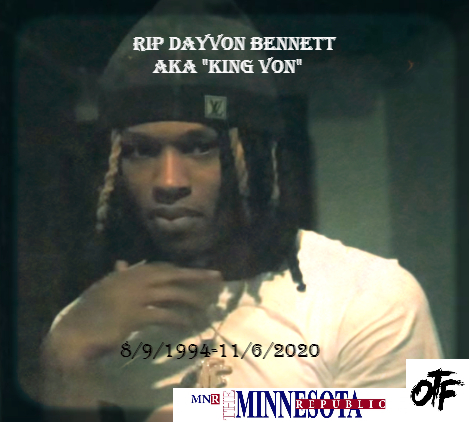 On November 6th 2020 King Von, real name Dayvon Daquan Bennett, was shot and killed in Atlanta Georgia outside of a hookah lounge and nightclub. On the night of the 5th Von and his entourage frequented the Monaco Hookah Lounge in downtown Atlanta, staying until the early hours of the morning on the 6th. During this time there are mixed reports of what happened inside of the club, with some claiming that Von’s people got mixed up with members of Georgia native Quando Rondo’s crew. There have been no confirmed reports if the two rappers even crossed paths that night, so everything circulating online is pure conjecture, however, one Timothy Leeks was charged with felony murder in Von’s death. Whether pure coincidence, or proof of some bigger conspiracy I cannot say, but it just so happens that Timothy Leeks is a resident of Savannah Georgia, the same city that Quando Rondo and his faction of the “4K Trey” street gang call home.

In the wee hours of that Friday morning Von and his entourage exited the Monaco Hookah Lounge and appear to walk towards their vehicles according to security footage, appearing intent on leaving the venue. During this time while crossing the parking lot, it is unclear who initiates what, but there is an altercation between Von’s group and an other unidentified group of people. During this time a cop car can be seen in the background, which turns on its lights in response to the altercation turning physical, with one individual appearing to be getting stomped on the ground by three to four people. Soon after the lights turn on one person gets into a truck and tries to drive away, or drive into the group of men, it is unclear. Regardless this causes the first shooter to draw their weapon and begin shooting. It is over almost as quickly as it starts, with rapid shooting between the two groups and law enforcement, culminating with everyone ultimately piling into their respective cars and tearing out of the parking lot at high speeds. Von, who was unarmed, was one of three individuals who died that night, and was survived by his children and loving family.

Dayvon Daquan Bennett was born on August 9th 1994 in Chicago Illinois. Hailing from the same block as the legendary Chief Keef, and his future collaborator and mentor Lil Durk, Dayvon undoubtedly had a hard upbringing. Von had his first run in with the law at an early age when he was arrested for an alleged armed robbery and car jacking. The case was ultimately dismissed, as Von completed his court mandated “boot camp” as he called it, and served time in a youth rehabilitation center. Von had his second run in with law enforcement in 2012 when he was arrested for unlawful possession of a firearm. It goes on and on and I see no need to continue, Von was not making the wisest decisions, but as he said in an interview with Genius “if you out here in the streets and the sh*t that come with that sh*t, you going to jail, you getting killed, you gettin robbed, something gonna happen to you, you out here, its the streets its what we signed up for its what we doing. You be young, acting crazy and sh*t then you go to jail and thats when you realize.”

“if you out here in the streets and the sh*t that come with that sh*t, you going to jail, you getting killed, you gettin robbed, something gonna happen to you, you out here, its the streets its what we signed up for its what we doing. You be young, acting crazy and sh*t then you go to jail and thats when you realize.””

Von’s rap career started in earnest in 2018, when he parlayed his street relationship with OTF and Lil Durk into a music relationship with his breakout single “Crazy Story.” “Crazy Story,” has gone on to be certified gold by the RIAA, and the remix, “Crazy Story 2.0” featuring Lil Durk peaked at number four on the Billboard Hot 100 chart. With his career just over a year old, things were looking up for Von as the young MC had received cosigns from industry heavyweights like Young Thug, 21 Savage and Lil Uzi. Prior to his death, Von released his second full length album “Welcome to O’Block,” highlighting the love that he had for his community. “Welcome to O’Block” debuted at number 14 on the Billboard hot 100, and sold 25,000 album equivalent units with 709 pure album sales.

Von’s death shook an already shaken community, with the rap world loosing the likes of Pop Smoke, Tre Coast, Dee Dave, Lexii Alijai, FBG Duck, and countless others already this year. 2020 has been a bad year all around, but an extraordinarily complex one for the world of hip hop. Although we have lost far too many of our favorite artists to count, 2020 brought us some fantastic and long awaited projects. The reaction to Von’s death in the hip hop community was drastic, and far reaching, with practically everyone mourning Von’s passing and reminiscing on his life. Everyone you could expect took to social media to share pictures of Von, with Lebron James even commenting on how much him and his family had grown fond of Von’s work, and his distinctive story telling style. On O’Block, there was a candlelight vigil in the streets where residents payed homage to their fallen.

Although Von’s death is undoubtedly tragic and a blow to us all, it is important to understand that what happened to Von is not abnormal. Von grew up in the southside of Chicago and was involved in this lifestyle at a young age, and his lyrics show it, with the late rapper stating “my young n***a fourteen, he riding round with the pole on ‘em, see shorty bout that life, ain’t ne’er n***a finna go on em.” Von got lucky as a young African-American man from O’Block, and he made it out. What happened to Von in that parking lot in Atlanta is something that happened every day where he was from, and I think it is important to take that into account when celebrating his life. Von was a product of his environment, as clearly displayed on his song “I Am What I Am” with Von rapping, “I am what I am, What im not, see, I’d never be, n***a’s woofin’ up until we meet, catch him lacking put him on TV, and if I should die Im boosting the murder rate.” If we truly want to protect Von’s legacy, we need to take care of those he left behind who are still stuck in this cycle of poverty and violence.

Rest in peace King Von, you will be missed. 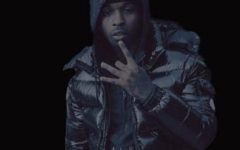