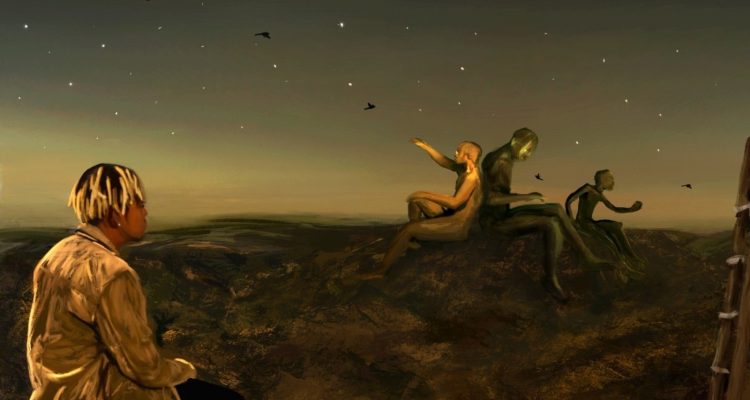 Making its debut on January 14, Cordae’s sophomore album features appearances from the likes of Gunna and Lil Durk, and even established industry heavyweights like Eminem and Stevie Wonder. The album, From a Birds Eye View, consists of 14 total tracks, with an intro track and interlude, totaling 12 true songs. Prior to the project’s official release Cordae teased fans with the singles “Super” and “Gifted” featuring Roddy Ricch, which were released on October 7, 2021, and August 27 respectively. Both tracks boast over three million plays on YouTube alone.

Cordae’s second full length release, and first since his exit from the YBN label, From a Birds Eye View offers fans an intimate look into the evolution of the MC’s psyche over the past two years. The intro track features Cordae’s childhood friend Shiloh freestyling over the phone via a collect-call during his time incarcerated. On the track “Momma’s Hood” Cordae reflects on the death of his close friend due to recent gun violence, and later dedicates the project to his late Grandmother, who appeared on his first album. Cordae’s honesty and humanity is echoed throughout the project with the 24-year-old singing, “What do you want from me? What do you need? I am only a human baby and we all bleed.”

what do you want from me? What do you need? I am only a human baby and we all bleed”

The night of the album release Cordae took to social media to ask fans to listen to his album “the way it was intended to be listened to,” with “no pauses, skips or interruptions.” In similar fashion to his freshman album, From a Birds Eye View is a cohesive project both sonically and thematically, however it provides an evolution in sound and message over the course of its roughly forty minute runtime.

The opening tracks “Jean-Michel” and “Momma’s Hood” offer listeners gritty instrumentals with equally demanding lyrics, describing Cordae’s past circumstances and lived experiences growing up in Maryland. On the track “Jean-Michel” Cordae describes the vicious cycle of crime and poverty that impacted him at a young age. “Brink of extinction, hell-bent on survival, this life’s a continuous cycle, consider this a venomous haiku, this ain’t a verse n***a and I done dealt with the worst n***as, the type to steal your s**t and search with ya.”

Midway through the project the sound slowly begins to evolve, boasting more pop-infused and uplifting beats with lyrics featuring talk of making money. “I remember I ain’t have s**t, I was broke as f**k, put that s**t in the past tense, check out my Jag tints, had to boss up n***a can’t live average,” raps Cordae on the track “Today” featuring Gunna. The midsection of the album represents Cordae’s journey to the top of the new school of hip hop, from his time with YBN, to meeting his girlfriend, Naomi Osaka. The MC references their lowkey romance on the track “Chronicles” featuring H.E.R. and Lil Durk, rapping, “I been traveling round these crossroads, gotta compromise some s**t but that’s a small toll, crazy when we first met we was lost souls, but I know I gotta grow.”

I been traveling round these crossroads, gotta compromise some s**t but that’s a small toll, crazy when we first met we was lost souls, but I know I gotta grow”

My favorite cut from the project is hands down “C Carter,” coming in at track number eight, mid-way through the album. The song features an infectious beat and hook, kicking off the middle section of the album which I have dubbed the “celebration portion.” On the track Cordae sings “I used to dream about a Dodge Charger, sitting on 24’s, I was tryna find a job, but s**t why bother, being broke can make you try harder.” This song is chock full of feel good vibes and cultural references that remind us all of simpler times.

I used to dream about a Dodge Charger, sitting on 24’s, I was tryna find a job, but s**t why bother, being broke can make you try harder”

Moving into the third and final section of the project, listeners are treated to features from industry heavyweights like Lil Wayne, Eminem, and Stevie Wonder. These high profile appearances are coupled with melancholy beats and references to the old hip hop adage coined by the Notorious BIG, “mo money, mo problems.” On the track “Champagne Glasses,” featuring Stevie Wonder and Freddie Gibs, Cordae lemets what it took to make it to the top as well as reminds listeners that fame is not all that it seems. “I got my, auntie, brothers, daddy, cousin, backstage passes, everybody celebrating with they champagne glasses, I’m just sittin full of pain as im tourin the country, thought the stress-free life was gon come with the money.”

Cordae’s sophomore album, From a Birds Eye View, is a complex and comprehensive listening experience from start to finish, and is best enjoyed in its original order and over the course of a single listening session. Interested in hearing Cordae perform the project live? You are in luck! He will be in Minneapolis on March 1, performing at First Avenue in their main room. Make sure to get your tickets now, earlier dates on the tour have already sold out! Hopefully I will see you there. 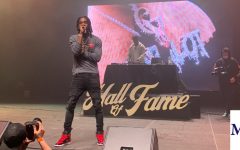 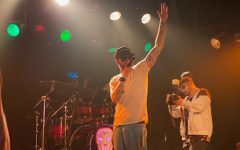 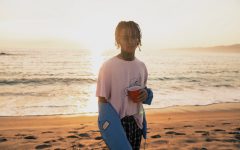